Pelvic Floor – The Base Of Your Core 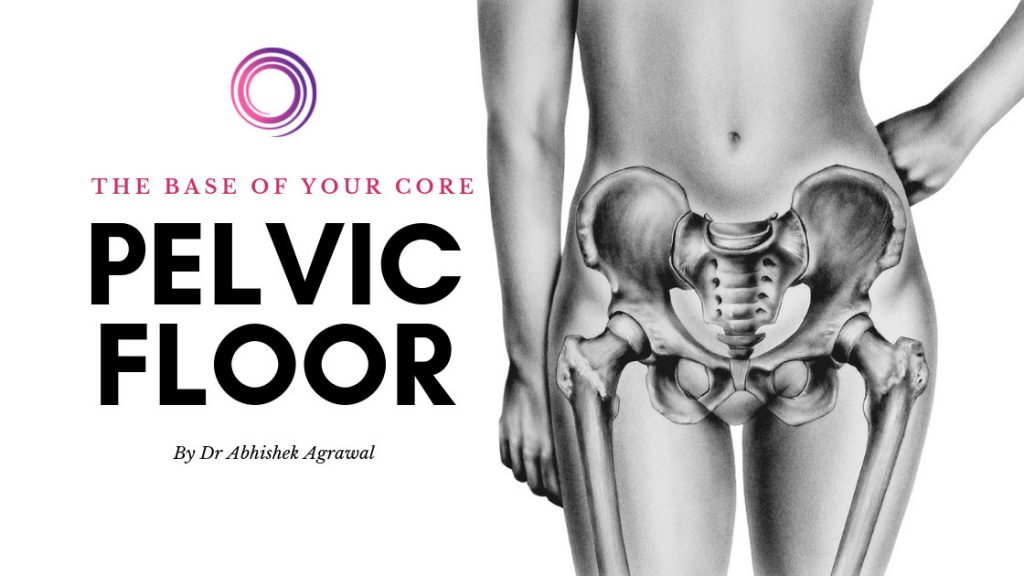 Your body is a majestic work of art. Different concepts and ideas have been morphed together to create symmetry and functional physics so you can do all sorts of things. You have a number of nerves, vessels, muscles and bones carefully put together to perform certain functions.

Most parts of the human body show symmetry and this is mirrored in different parts like eyes, ears, arms etc. The hip bone also shows symmetry. What most people do not know is that we have two hip bones that are fused together. Now, imagine this, your conjoined hip bone is like a bowl or a vase with its bottom cut. So naturally, a vase needs some sort of base to hold all of the beautiful flowers it contains. That’s where the pelvic floor comes in.

What is the pelvic floor?

The pelvic floor is literally a floor for the pelvis (the lower part of the torso between the abdomen and the legs). It is made up of a group of muscles, arranged in layers, that stretches out like a hammock attached to the symphysis pubis (the place where two hip bones join in the front) and the coccyx (the tail bone that is considered the very end of the spine, and is present at the back).

Where is the pelvic floor?

What is the importance of pelvic floor?

The pelvic floor can be activated along with the surrounding muscles in association with the body and lumbopelvic posture as well as sitting posture. In patients with incontinence, urine usually leaks out in the standing position as a result of gravity and pressure from the pelvic organs on the musculofascial supportive structures. Learning to activate the pelvic floor can be helpful in patients of incontinence.

In addition, it was detected that the pelvic floor muscles showed a feed-forward response during arm and leg lifts in women, according to research in Sweden. This was especially evident in women who had previously given birth and were without lumbopelvic pain. These normal speed movements set off an electromyographic response for pelvic floor muscles.

Due to the constant burden on pelvic floor muscles, with the added effect of pregnancy and labor in women, the pelvic floor can become weakened or lax with age. Since the pelvic floor supports various organs, continuous pressure or an increase thereof can lead to prolapse.

What are some methods or techniques to activate the pelvic floor?

The first thing on the checklist is knowing which muscle is which. This can be done by squatting and trying to tighten all those different tubes. This would help in recognizing the muscles. Try to stop midstream when urinating. Remember, do not tighten your buttocks. Squeeze and draw in the muscles around your anus and your vagina at the same time while lifting them up inside as if you are trying to suck in water inside them. Make sure you are breathing correctly. You should have a sense of lift each time you squeeze your pelvic floor muscles, trying to hold them strong and tight all the while counting to 8. Now, let the muscles go and relax, just like your thighs. You should have a distinct feeling of letting go of ad relaxation.

It is best to rest for about 8 seconds in between each lift up of the muscles. Of course, it is possible that you cannot hold for 8. In this case, just hold for as long as you can.

Repeat this “squeeze and lift” as many times as you can, up to a limit of 8 to 12 squeezes.

Try to do three repetitions of 8 to 12 squeezes each, with a rest in between.

Do this whole training plan (three sets of 8 to 12 squeezes) each day while lying down, sitting or standing.

What is the cause of pelvic floor weakness?

Muscles of the pelvic floor are most often not used voluntarily but they play quite a role involuntarily when we shift all of our stress to this area. You see, every time we are faced with a stressful situation, the muscles of the pelvic floor clench themselves. This constant state of clenching hinders the power of the muscles to perform well as they might not contract and be stuck in their contracted state.

What is the relationship of the pelvic floor with latent energy and Kundalini?

All the negative energy from stress situations is gathered in the pelvic floor. This collection of energy must be released in order to maintain a balance. Different postural variations in exercise and yoga play an important role in stress release. Kundalini energy is a term used to refer to this energy that is locked in the Mula banda (pelvic region). This area is best stimulated while strategically contracting and relaxing the pelvic floor in coordination with your breathing and contraction and relaxation of other muscles of the body. Repeatedly exercising for a good five minutes will result in shifting of this energy upward and outside the body.

What is the relationship of the pelvic floor and breathing?